XQUISITE YACHTS is building a new line of luxury sailing and power catamarans from South Africa. As a boutique boatyard the company limits its production to be able to focus on delivering the highest build quality and finish, while offering an after sales service unmatched in the industry. Their first model, the X5 SAIL is a 50’ sailing catamaran designed and built for serious blue water cruising with maximum comfort in mind. All vessels are equipped for single handed sailing with two head sails and electric winches. All X5 SAILs also come fully loaded for living aboard in luxury, with generator, air conditioning, water maker, washing machine, electric winches and davits, solar panels, entertainment and digital switching systems as part of the very extensive list of standard equipment.

The company limits its production to six X5 SAIL hulls per year, with the very first one launching in December 2015, and scheduled to go on display at the upcoming Miami boat show in February. To offer the best after sales service, XQUISITE YACHTS is setting up a network of factory authorized repair facilities around the world and the yacht’s maintenance will be scheduled via a unique ipad application, which comes standard on each boat.

After launching the X5 SAIL, we will present our new line of power catamarans, the X5 POWER (54’ power catamaran) and the XQUISITE EXPLORER (80’ power catamaran) which we already have on our drawing boards. Both of these new models will be presented at the Miami boat show, but only the first X5 POWER will be launched by the end 2016, since the EXPLORER will only be built on order, as she will be fully customizable.

3 new X5 SAIL will be on display at the following boat shows in 2016:
Miami – February
Cannes – September
Annapolis – October 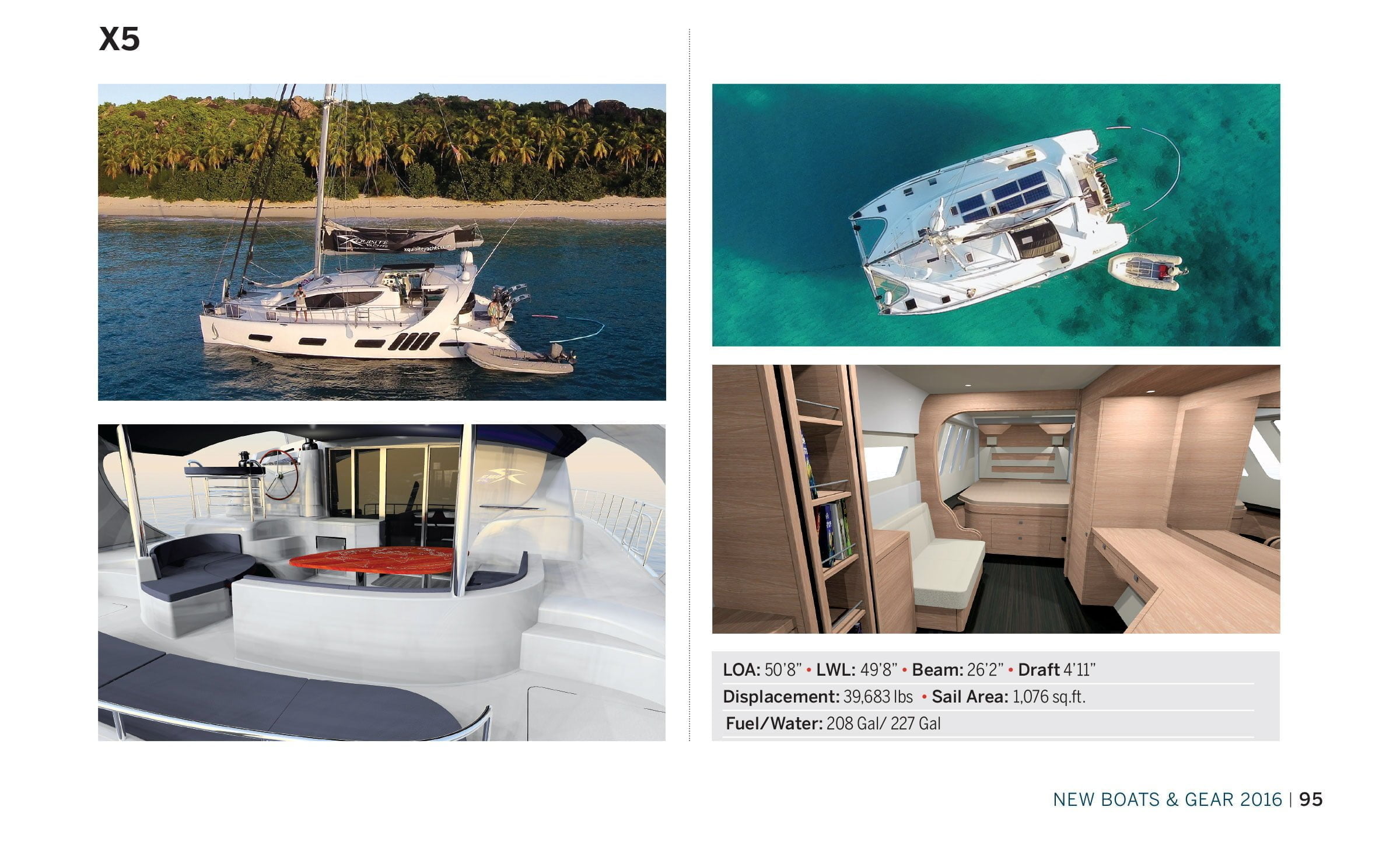