Xquisite X5 – The winner of 2017 Most Innovative Sailboat 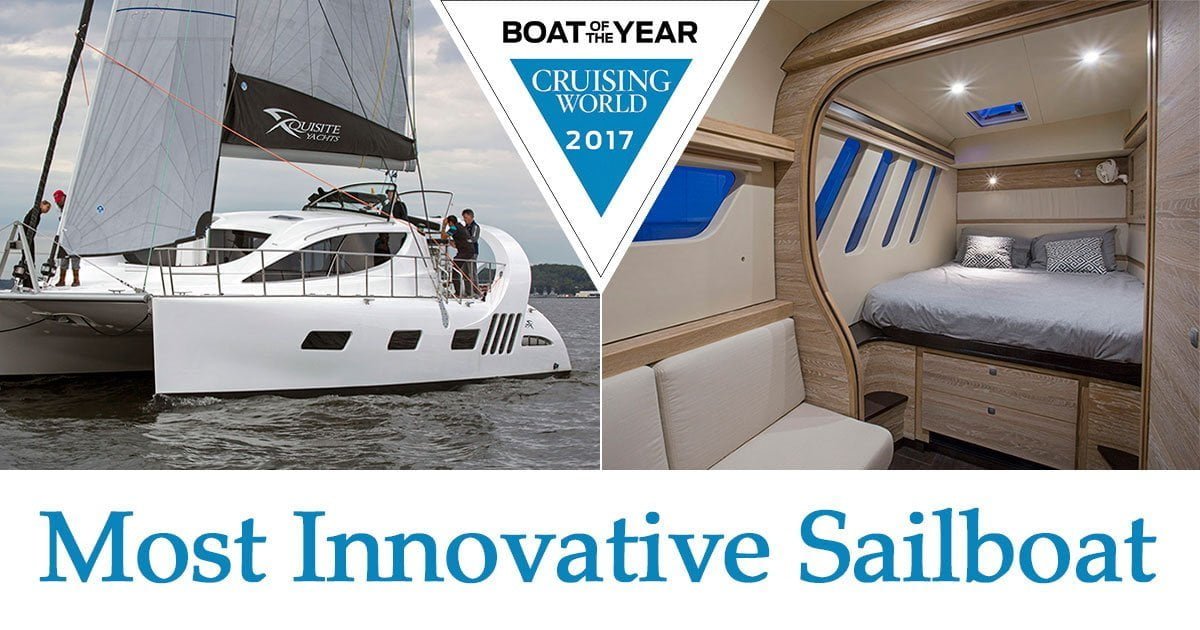 NEWPORT, R.I. (Dec. 8, 2016) – Cruising World magazine has announced winners for its 2017 Boat of the Year awards, an annual selection that recognizes the best of the year’s new sailboat models introduced in North America.

The 2017 Boat of the Year fleet of nominees was comprised of 24 sailboats ranging from 30 to 62 feet and priced at $215,000 to more than a million dollars, half of which were catamarans—the highest percentage of multihulls ever in the lineup. The new models reflected a truly international mix, with boats from the U.S., France, Germany, Denmark, Sweden, Italy, Slovenia, South Africa and Vietnam.

Judging took place during and immediately following the U.S. Sailboat Show in Annapolis, Md., in October. A team of three independent industry experts, whose impartial task was to reward excellence without regard to the bottom line, conducted both dockside inspections and sea trials aboard each boat to determine how well they met their stated design purposes. This year, the sailing tests were conducted in varying wind conditions, from extremely light air to gusts over 20 knots.

The story of how the Xquisite X5, the most fascinating and technically advanced yacht in the 2017 BOTY contest, came to be (and how it arrived at the Annapolis boat show) is at least as interesting as this special, intriguing catamaran. It’s a tale of chasing dreams, of youthful sailors and entrepreneurs, of translating lessons learned circum­navigating aboard their own cat into a vision of what modern multihulls can and should be. It’s also a tale with a happy ending, with the Xquisite X5 unanimously earning the prize as the Most Innovative Boat for 2017.

Having just beaten the deadline for completion at Phoenix Marine in South Africa, the X5 arrived in the Port of Baltimore aboard a freighter three short days before the start of the show. Over the next 72 hours, Xquisite’s Tamas Hamor, his wife, Sara, and their team delivered the boat to Annapolis, commissioned and re-rigged it, and amazingly had it ready for inspection just in time for the show’s opening.

The Hamors, having ­circled the globe aboard a twin-hulled Leopard, know a thing or two about cruising cats. They applied much of that knowledge in launching and marketing the Xquisite brand, built by Phoenix, a firm composed of many former employees of Dean Catamarans, which went out of business several years ago. If the finished product is any proof (and it is), the relationship between the couple and Phoenix is highly simpatico.

Ed Sherman sang the boat’s praises: “The fit and finish is just exceptional, without ­question. Considering the background of the company, it’s unbelievable to me that they were able to gather some of the best craftsmen in South Africa. The boat is further enhanced by the couple who showed it to us, who have a lot of practical experience. They’ve taken everything they’ve learned and said, ‘OK, we can make this better and that better.’ And they’ve tried — and succeeded — to apply all that real-world experience to the design of this boat.

“In terms of the systems,” he continued, “they’ve got one of the best applications of digital technology, with triple redundancy, which for all intents and purposes is aircraft-grade quality. They’re using the CZone system, which is a BEP/Mastervolt/Power Products line that was originally created in New Zealand and has evolved over the last five or 10 years. They’ve applied it so you’ve got a wireless control on an iPad on which you can monitor everything… tanks, air conditioning, lights, sailing instruments, everything. It’s just wonderful.

“If there’s a failure, there’s a wired interface via the Garmin navigation equipment that’s installed on the boat. If that fails, the CZone system has manual overrides that are readily accessible in the staterooms, so you can just switch the whole thing over to a fused, manually controlled setup. That’s unlike some of the other boats I’ve seen with digital switching, where the backups are set up to take over mission-critical circuitry only. On this boat, they did it for all the circuits, which adds considerable cost to the system. But it’s really worth it. On top of that, once underway, she went through the water very well.” A fine sailing vessel with state-of-the-art systems is something to admire.

And that’s the final chapter on the book of the Xquisite X5, a model — and marvel — of innovation. 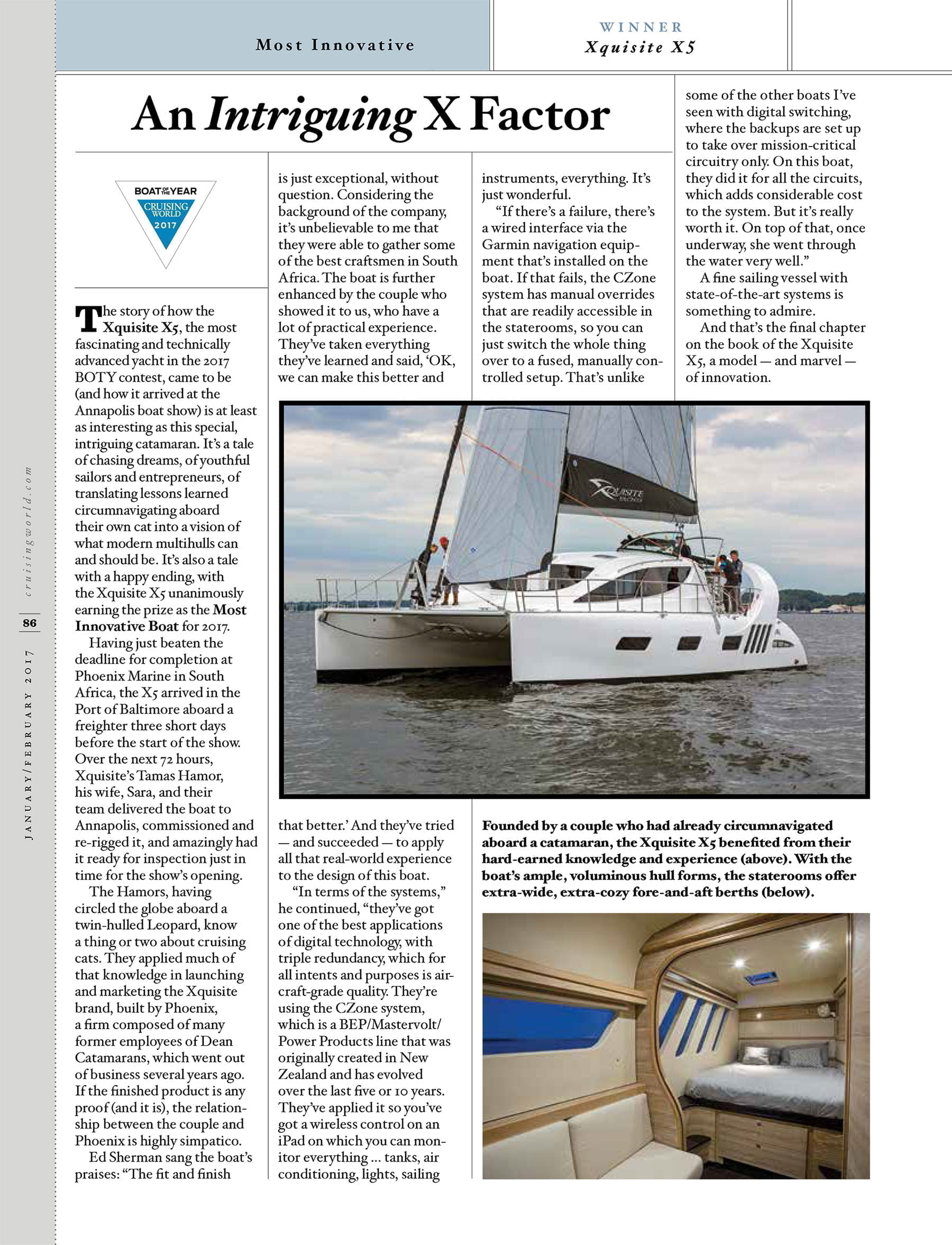